I have written a great deal this past year about life experiences,
observations and introspective reflections upon the human spirit . Most
of what I write is based upon intimate knowledge of said subject
matter. This particular piece is the most difficult to write......I
only hope I can do justice to my grandfathers memory .

December 30 was another industrious day, filled to the brim with
preparations of the upcoming move. My grandparents came to the
apartment to lend a helping hand....they have always been there for me
in all respects. I spent a portion of the morning with my grandfather,
just the two of us...running a couple of errands.....Him--proudly using
his senior discount for items purchased. We then returned to the
apartment to pick up my grandmother and load the back of "Paps" Toyota
pick-up truck bringing the load to the house , where I had been
painting , spackling and sanding, for days....... My grandfather and I
assembled a small corner bakers rack for my room along with a small
wrought iron book shelf. This was accompanied by strategic outbursts of
frustration on Paps's behalf.....which can be quite colorful and
exuberant......he was a Force of Nature. I had no way of knowing that
it would be the last time I saw him alive.............

In the short span of two hours, my beloved grandfather died from a fall
off a two story roof-top......he died instantly. I was the one who
found him......he was still warm to the touch , as I frantically
searched for a pulse......sometimes there are no words to convey the
sheer magnitude of emotions, this is one of those moments....and
nothing can prepare you for the inconceivable......

Paps was born October 13 1917 in Franklin county VA. he was a founding
father of His beloved Church and served as a deacon for numerous years
, he also served in the U.S Navy during World War two. My grandfather
was a simple and vivacious man.....he clung hard to his
convictions,steadfast, supportive, non- judgmental.... always eager to
lend a helping hand .Paps loved the outdoors,Gardening,
bee-keeping......and lest we forget...his beloved Massey Ferguson
tractor.....literally he was " Hell -on- wheels " ..!!!!! In October I
saw for myself , his reckless and carefree abandon with the tractor....he
had gotten it stuck between 2 trees.....This massive tractor was
teetering like a tripod----and I was fearful that a poor tree would
have to lose its's life in order to free the Massey ! As a child, a favorite thrill was a ride in Pap's little Gray trailer ..being pulled by the tractor ! Oh the memories this evokes, I was usually accompanied by my special Blanket and a Teddy bear......I never traveled without my two special friends.

Paps loved the land and considered himself somewhat connected to it..... . When I was
a child one of my favorite things was to go walking with my grandfather
in the woods....I had a little area that I loved.....and I called it my
Flower garden, it would bloom with Forget -me- Nots, and wild
violets......for me---it was a magical place , and always will be,
because of the memories attached to it .

Paps was also quite frugal , and loved to scour the flea markets every
Saturday for bargains....he viewed it as a type of challenge , a
scavenger hunt if you will........I think his frugality was the result
of being a depression era child . Paps grew up literally in a log
cabin.....He walked to school each day carrying a little bucket filled
with a chunk of cornbread and a mason jar filled with buttermilk ,for
his lunch . His father was the local sheriff of Franklin county.....his
mother was-- to one degree or another ---Cherokee , though it is not--
nor ever was-- discussed openly or acknowledged within the family .

Paps believed in hard work, for him it was a way of life, because " nothing is handed to you, one must earn it . "
He always wore a grungy little cap and some coveralls when doing his chores-- but he did them with exuberance . He enjoyed reading a great deal...
I have recently discovered just how well read he actually was.....everything from fiction to the Farmers Almanac. In 2009 he read the Bible TWICE from cover to cover, an accomplishment I have yet to achieve . His humor was infectious and he loved practical jokes, riddles and games....


My world has become dimmer with the loss of my grandfather.....there
still was so much to learn and share.....I miss his simplicity, and his
heart.......I like to think it now beats inside of me. 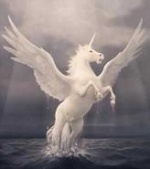 It does Phoenix...I am truly sorry for your loss...But know that love never dies...The body goes but the soul lives on forever. You were loved and loved him in return and nothing can ever take that away...
_________________
"I have a simple philosophy. Fill what's empty. Empty what's full. And scratch where it itches." ~Alice Roosevelt Longworth
joeygregor

Sorry that I have been so far away that I have not seen this. I totally understand your loss as I was that close to my grandmother. I was the last person that she spoke to and it hit me very hard. That was nearly 20 years ago and the memory stings like yesterday.
Grasp a hold of those good memories, wave them proudly in your mind. You will see him again one day.
The Phoenix

Thank You....for the sentiments....no can can truly empathize unless they have experienced it first hand.